Blog
You are here: Home1 / Blog2 / News3 / Press Reviews4 / Home made — and made easy with new pre-cut steel system

Toronto has its first snap-together house, as steel bars snapped together to form the home hosting an unusual open house this weekend in North York.

Admirers of modern architecture came to Don Mills Saturday to inspect the first Toronto house under construction with a type of steel-frame technology that snaps together like Lego. 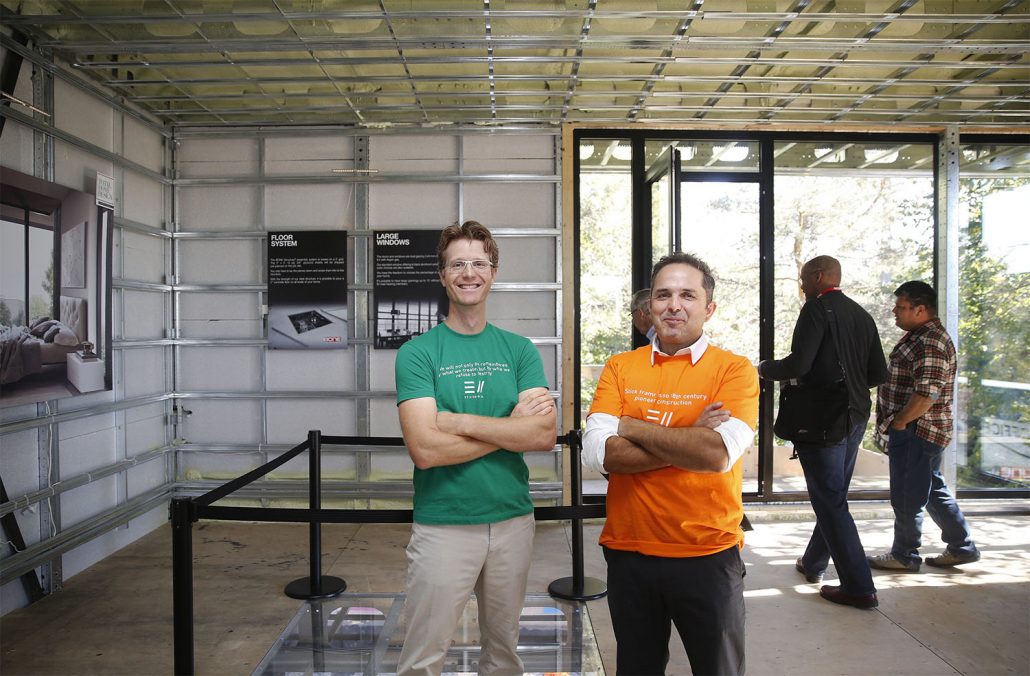 “I’d love to find a lot and build something like this,” said Michael Taylor, eyeing the open unfinished main floor. “It’s environmentally friendly, flexible in design. What’s not to like?”

Instead of using traditional wood and nails to frame the structure, this house at 1 Tottenham Rd. has bones of recycled steel that are pre-cut and premeasured to pop together. The innovative technology was developed by the Quebec company BONE Structure.

“What Tesla Motors and its electric car is doing to the automotive industry in terms of ecology, durability and sustainability, we are doing to the construction industry,” said BONE founder and president Marc Bovet.

The company has built 200 houses in Quebec with 200 more under construction, 49 of them in the GTA, said Bovet. It also does multi-residential units and commercial ones, including a McDonald’s north of Montreal. BONE is also involved in rebuilding the Musi-Café, the restaurant destroyed by the train in Lac-Megantic. 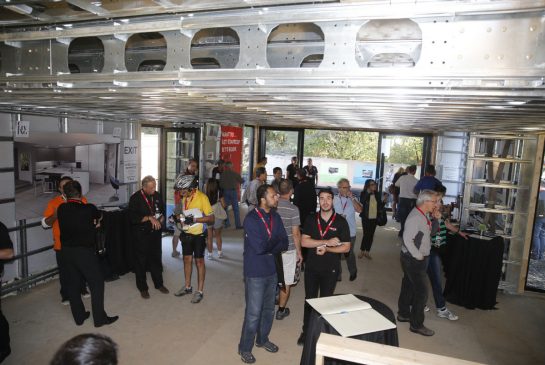 The company offers a catalogue of design plans that can be customized. With no load-bearing interior walls, floor layouts can be easily modified. “When children leave at 28, you can easily knock down walls. And when they return at 32 you can erect them again,” explained Bovet.

The pre-manufactured components are used to suit the design, similar to a Meccano building set. And the preengineered and pre-cut pieces snap into place like Lego blocks, explained Eric Johnson, a designer at E2 Studio, the design and build firm involved in the five-bedroom Don Mills house.

E2’s client, Reza Banai, president of the interior design and furnishing company C-Living, wanted to be innovative in building on the Tottenham Rd. lot. After investigating new building systems, they chose BONE because of the speed — the structure’s frame could be assembled in five days — and the environmental sustainability. There’s no waste in the building process, according to the company.

A poster inside the house boasts that 6,295 plastic bottles are recycled and used in the polyurethane foam sprayed on a 3,000-sq.-ft. BONE Structure house. The cost of the steel frame BONE technology is about 5 per cent more than using wood, said Stefan Belina, director of marketing and communications for BONE. At the Tottenham Rd. open house, which ran through Sunday, visitors were studying the construction and poring over catalogues. “I love the clean lines,” said Darina Phillips, who lives in Unionville. “We’d eventually like to scale down and we gravitate to the city.” She pointed out BONE designs for city infill houses. Harry and Beta Sildva, who live in the Don Mills community, are both fans of modern and environmental friendly design. “It would be a stretch to say this is the way of the future, but it’s one of the ways,” he said. 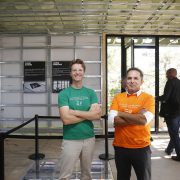 Home made — and made easy with new pre-cut steel system 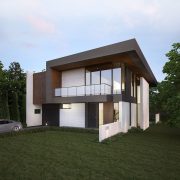 What’s in the skeleton of a BONE Structure home? 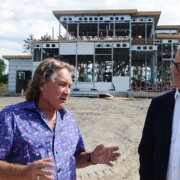 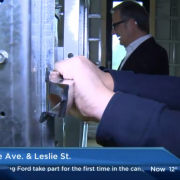 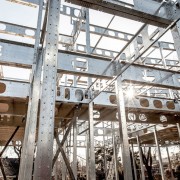 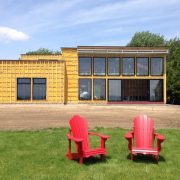 Follow Us | Suivez-nous
What’s in the skeleton of a BONE Structure home?

Interior design styles: What are their advantages and disadvantages
Scroll to top